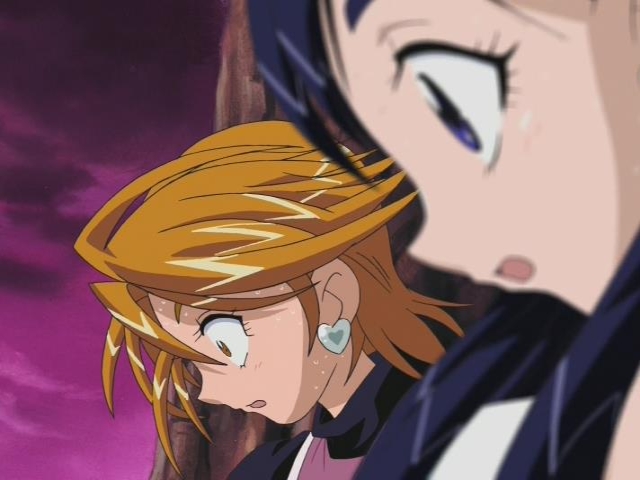 I sat down with a friend across twenty-four Saturday evenings and watched the original Futari wa Precure again. Writing about one’s favourites always throws up challenges, and for a long time I simply avoided doing it. Every time, mere words let fondness down. But, for all the strains it brings, writing about favourites offers a chance to think about what one values.

Some of my other most-loved anime enjoy the status of consensus classics. The original Pretty Cure does not, despite having plenty of historical interest. A critic might find plenty to carp at. The show revolves through one episodic formula and pitches itself thoroughly at small children. Furthermore, 2004 puts the show relatively soon after the shift, and it doesn’t sit among the titles which used new tools well. Decent-looking TV anime did come out of the early 2000s—see, say, King Gainer—yet, much of the time, this ain’t one of ’em.

It’d be easy to write defensively, then. But I do value some things in this show a lot.

I value repetition, for instance. Better a show doing the same good thing forty-nine times than one doing thirteen different bad and boring things. Repetition has its own virtues, too, virtues of ritual and accretion. Craft in many mediums rests on repetition with variation.

Not every repetitive TV anime achieves the spiralling effects of an Utena, but we mustn’t despise simpler forms of accumulation and layering. When, at the end of Pretty Cure, Black and White must stave off the universe’s end, it matters that we’ve seen forty-plus past cycles of bravery from them; the apocalypse wouldn’t land as it does if we’d not put in the time.

I value kids’ anime. Not, of course, that all such anime succeed. But they have just as much legitimacy and potential interest as anything else. When they want to, also, they can speak with a frankness which eludes most material for other audiences. On this score the first Precure is no Doremi, but it gets pretty stark and direct about, for instance, the middle of the last century. 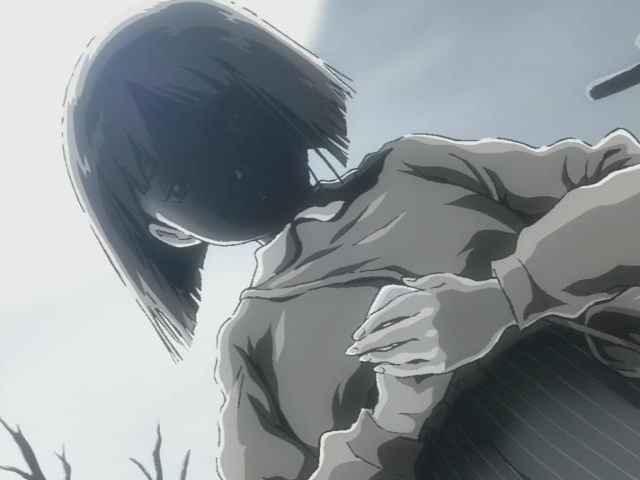 I value simplicity. Or, at least, I value it as part of a range of things watched! Subtle characterisation and skilful story-weaving’re all well and good in their places, but sometimes it’s fine to let (say) just one process, or one repeated act of bravery, take centre-stage. In its simplicity—and in this respect only!—the first Pretty Cure resembles Golgo 13.

The stock animation doesn’t offer transformations as eye-poppingly neat and fun as those the meta-series later developed. However, while the transformation sequence for Black and White might not stand out as remarkably good animation, some of it it falls nevertheless into the broader, over-arching category of things which look good in animation. (That category–subcategory split has wide relevance, in my view. Perhaps I’ll talk through it some day.)

More so than any other iteration, the original Pretty Cure focuses on physical fisticuffs. Stock final attacks aside, Pretty Cure’s magic lies entirely in their strength, speed, and toughness. Commentators frequently note the past work of the director, Daisuke Nishio, on Dragonball Z; they don’t note so frequently that he and a number of other significant staff had just come off the unhinged 2003 street-wrestling show Air Master. I suspect I’d start there to trace this style’s more immediate roots. Aptly—for ‘even girls want to rampage‘—the show’s rare animation peaks tend to the unrestrained rather than the mannered (thus). 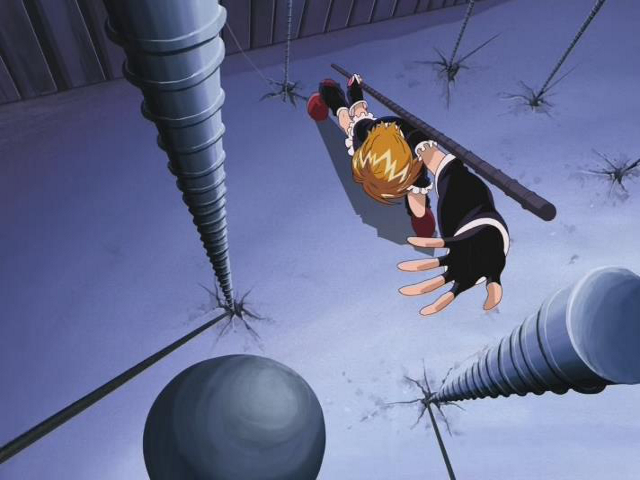 Besides physicality, the fights also display a witty practicality. Black and White scrap around, and sometimes with, some very mundane objects, and every now and then they solve some eminently tangible problem. I first decided that I really liked the show when, back in 2010, I saw them halt a plummeting lift by tying themselves to the severed cable, locking arms, and bracing their feet against opposite sides of the lift shaft for friction.

These touches remind me of the comically practical world of GaoGaiGar, with its freeze ray made from freezers and heat ray made from microwaves, and its many logical uses of locks, lenses, and portable dimensional rifts. In 2020 such tangible playfulness feels like an antidote to the gamified worlds of the otherworld light novel anime of the day.

The original does, better than any other Precure, the core thing for which I attend to these shows: watchable heroic punching with protagonists who aren’t male, but without fanservice. I enjoy a good action anime with male protagonists, and I’ve liked plenty of fanservicey shows, mind. But the specific combination of not those two things crops up less often, and that’s what Precure delivers.

2 thoughts on “The two of them are still Pretty Cure”